Why PhDs should not be deciding school curriculum 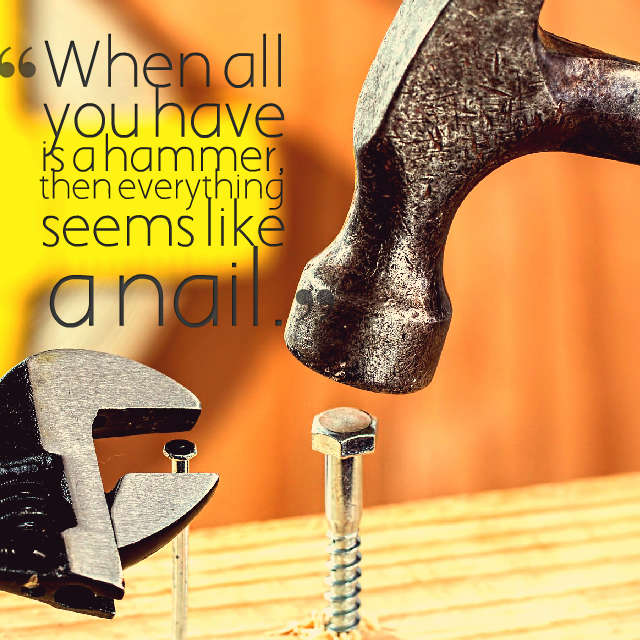 So I am guessing that most of you would remember the term quadratic equation itself. And some of you will also remember it’s generic expression:

Some of you will also remember it’s generalized solution format:

But most of you will not remember or even know the applications of the quadratic equation. Very few of you might just about remember projectile motions or perhaps Newton’s Law of motions where quadratic equations play a role. If you are a practicing engineer or an academician doing research you might have used the equation in the recent past. However, for most of humanity, the quadratic equation simply becomes a relic from the past, of no value other than whatever it brought in the form of marks for a particular exam (the value of that particular exam to whatever you have been doing needs to be the subject matter of another post).

To be fair to you, there’s no reason why you would know the applications, because almost no school teaches the applications. However, almost all school curricula require the teaching of the quadratic equation and it’s many solutions by tenth grade or so. The big question that we need to ask is why did we really study the quadratic equation? Is it necessary education like addition or reading? Who decided to make it a part of the school curriculum and with what intention?

Normally, college professors with PhDs are the ones who decide the school curriculum because they are the experts in their subjects. To the Mathematics expert, quadratic equations are fundamentally important – as is Mathematical induction (used only by mathematicians to prove other theorems), as of course is differentiation, integration, mathematical induction, trigonometry, coordinate geometry and all kinds of weird functions.

That’s the context for the statement, “When all you have is a hammer, then everything seems like a nail.” For the expert person or committee deciding the mathematical curricula for schools, everything in Mathematics is important and crucial to further education, irrespective of the fact that MOST students will not study further mathematics and therefore they include and cram whatever they can into the school curricula itself.

And that fact is corroborated strongly by the 5000 parents to whom I have asked the question, “How many of you have used a square root as an application in the last 10 years of your life?“. I don’t remember anyone raising their hand (unless they have been teaching it to their kids, which itself shows the irony of teaching much of mathematics). And square root is something that children learn in grade 7-8. What does this say about all the maths that comes after that, that millions of students across the world have feared and hated doing?

My claim is certainly not that all of maths taught after grade 5 is useless. Although much of it is not useful from a day to day view point, statistics and probability when taught with real life applications have great value, especially in a globalized world where we continuously deal with such large numbers that the world would benefit greatly if people in general could understand and interpret statistics and probability so as to be able to understand the complexities of the finance, economics, medicine, science and even politics.

However, the Math professors who love maths are likely to include whatever they can if given the choice. And of course colleges are more than happy if schools teach more and more the “basics” so that they can teach much more of the “advanced” stuff.

What we need to ponder upon as a society is whether it is just to be forcing children to learn this stuff just because they can learn this stuff? And while this seems to be rant against Mathematics curriculum alone till now, almost all subjects are plagued by the same affliction of “cramming” too much into too little time.

You can see the evidence in history when it’s limited to facts, names and dates, and for sciences when it’s only about remembering stuff which in today’s world is easily accessible from any internet-enabled device, and for languages when they insist on doing character analysis or unearthing literary devices and finding meanings and interpretations that the author had no intent of conveying. But of course when an English professor with a PhD thesis on comparative studies of two novels written in the Victorian era is given the task of framing school curriculum, s/he wants the young minds to also do the same. Again there’s significant value in literature when it is used to understand humanity and perspectives and individual minds and when it is used to immerse yourself in a culture or a fantasy that you wouldn’t otherwise be able to do.

So the issue isn’t a black and white one. It is a nuanced one where what is being taught has to be evaluated thoroughly using the following criteria:

A common rejoinder to the approach narrated above is that we have to teach the basics to students for the following reason:

“What if they need it in their further academics?”

(and if the question was modified to ask for the need in their careers or life, then things would be radically different)

As a rejoinder to this rejoinder, let me ask you some What ifs of my own. What if the students want to become:

And there could literally infinite set of what ifs when it comes to what knowledge is important for students to know (or at least as gargantuan as are the limits of human knowledge). Clearly, in a world where knowledge is growing at an exponential rate, it’s humanly not possible for children to be taught everything that they might need. In this super-super-specialized world where even a person from the same profession can’t keep up with all the updates in their field, it’s but a folly to try and cram everything into school curricula.

Of course you might say about the above, that these are in fact, all specialized careers that require further studies, in some cases vocational or post graduate and doctoral studies. And the base required for them is basic school education that’s currently in vogue. You are only partly right. These careers indeed do require specialized study, but hardly any base is built for them in school. And keep in mind that the ones listed above are real careers today and high-paying ones at that and yet we aren’t teaching students anything in depth about these. And no I am not advocating that we start including the basics of all these in school curricula because it’s not really needed. But that’s exactly my point for about teaching them so much arcane stuff which has just as limited value, other than the fact they are touted as the basics which everyone should know.

Don’t think that it’s better to be safe than to be sorry with respect to teaching at least as much as possible – because there’s a huge cost that we impose on our children and the world when doing so.

We deprive children of the real education that they need – the 21st century skills of critical thinking, creative thinking, innovation, confidence, leadership, teamwork, goal setting, character building, of understanding the economy around them, of understanding personal finance, or understanding the complexities, joys and tribulations of relationships, of knowing how to cook and what to cook and when to eat, of knowing where their food comes from and how it is produced, of knowing what their body needs to be fit for today’s lifestyles, of being able to understand the economic, technological, social, political context that’s shaping their world and many other skills and knowledge that they truly need, building their emotional intelligence – as against knowing how to use factoring, completing the square, quadratic formula and graphing to solve quadratic equations.

I agree that to further their education and their career, students still need to pick up both knowledge and skills. But instead of current education model, can we help students find what they are interested in through projects of various kinds? And when doing a project making the best possible javelin launcher for examples, they need to learn how to optimize projectile motions, they will then have to learn how to apply quadratic equations (irrespective of the method that they use). Such a model will let students pick up both skills and knowledge of what they are interested in and once they identify possible careers, build skills towards those along with other 21st century skills & attitudes listed earlier. This will at least be a climbing a ladder that leads to a more concrete goal as compared to climbing a tiring maths ladder which doesn’t lead to where most students want to go in the first place.

If you think that a model of education that’s driven by student interests and passion, will be chaotic, then you are right in thinking so. But the chaos can be managed. I propose to lay down a model that I have in mind that will be able to manage the chaos, but more importantly, will be far more beneficial to students both in the short term and long run. Until then.

¹ This quote is the title of an article (which I haven’t yet read) published by Jay McTighe in the magazine, Educational Leadership in 1989.