Would we be happy if we only had to play? 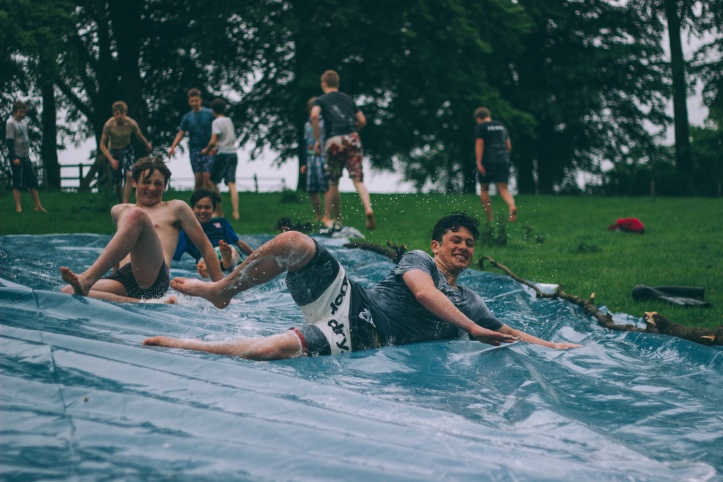 I have often wondered whether human beings would be happy if they had nothing else to do other than play. By play I mean, sports, fitness, creation or response to the whole range arts from literature to visual arts and from films to dance, and from music to drama, from listening to stand-up comedians to joke sessions with friend. Play also means using your body from pleasure, whether it’s through massages, or sex, or through culinary pleasures of both cooking and and gastronomic delights of eating. Of course the focus here is on play that adults undertake rather than play than comes naturally and is in many ways a necessity for children.

And this is in a sort of an utopian world where no one has to work to really earn their living, to get their food. They have a house and all the basic as well as modern facilities provided. Before you ask, how’s that even possible, let me just say that I don’t want to go into the economics and politics of this right now. So humour me and just assume that the world has reached a situation where everyone’s needs are provided for and the management systems are managed by Artificial Intelligence (AI) so that humans don’t have to do anything. There are no internal or external threats. Not only has poverty been eradicated, but so has disease. There are no external threats that the society isn’t well prepared for such as natural disasters or even an alien invasion.

The question that then arises is will we still choose to work in such a situation or will we be happy playing?

For this to be answered, we will have to answer the big question – to what end do we live? Not should, not could, but that inherent end that’s often hidden deep inside us. My conjecture to this question is that ultimately we seek meaning for our lives in variegated ways. Could play be a way that offers meaning or perhaps even complete meaning?

The need for meaningful relationships and connect within those relationships is a necessary condition for this meaning that we seek. For some, it might even be a sufficient condition to find complete meaning. These people are happy in their families and don’t need much more in life. However, I conjecture once again that in the kind of utopian world that I described above, perhaps relationships and their connections may not provide for sufficient meaning. It is difficult to conceive such a world and therefore we will inherently find it difficult to imagine ourselves in a state where we would get up every morning without the pressing need to get to work, either at home or at the workplace. Would play be a meaningful activity throughout the day and night? Would such a “hedonistic” lifestyle give us that joy and meaning that we seek from our lives?

For the last few years, I have been playing a sport called Ultimate. I’ve enjoyed that tremendously. Having played a number of tournaments where I have been fully engaged and physically exhausted, I remember that on many of those days I still yearn for more that just play. While part of it might be attributable to not having the family around, but I think it’s more than that. I feel like I need to do more. Is it because I am conditioned now to work that I miss work and especially all those pesky emails that keep piling up unanswered, often unread?

Much of play is response. The need to create, to add value to yourself or to people around may also be an innate trait that all of us might carry.

Is this need for balance an evolutionary trait? Did our ancestors after each day’s hard work of finding food and trying to live need to means of recreation to resuscitate themselves for another tough day ahead?